Are refined carbohydrates increasing our risk of gum disease?

You would think that 21st century advances in modern oral health care and hygiene would result in better overall dental health in people living today than in those who lived in ancient times – but this assumption couldn’t be any further from the truth. In one joint study conducted in 2014, researchers from King’s College London and the Natural History Museum found that ancient British people who lived in the Roman era only experienced a 5% rate of gum disease (periodontal disease). Whereas today, nearly 33% of tooth-brushing Brits have some form of gum disease. That’s not to say that those ancients – who loved barbequed meat, dairy and baked whole grains – didn’t have oral health issues. The teeth in the skulls of 303 ancient Brits assessed in the study, showed signs of chronic infection, extensive wear and tear, tooth decay and abscesses – yet there were hardly any signs of gum disease. According to chief author, Professor Francis Hughes, the overall oral health of the test subjects was quite good. So why is the oral health of people in the last 100 years worse than in ancient times? Our modern society’s excessive consumption of refined fermentable carbohydrates may play a big part. Despite all the modern-day benefits of toothbrushes, toothpaste, oral health habits and modern dentistry, our teeth and gums simply can’t handle the damage from consuming refined fermentable carbohydrates on a daily basis. This type of carbohydrate comes in the form of processed sugary or starchy foods that are sticky, ferment, feed bacteria, and promote or produce the development of tooth decay. Foods that are high in fermentable carbohydrates include: Never before in human history have our teeth and gums of humans been exposed to so many harmful foods on such a regular basis. 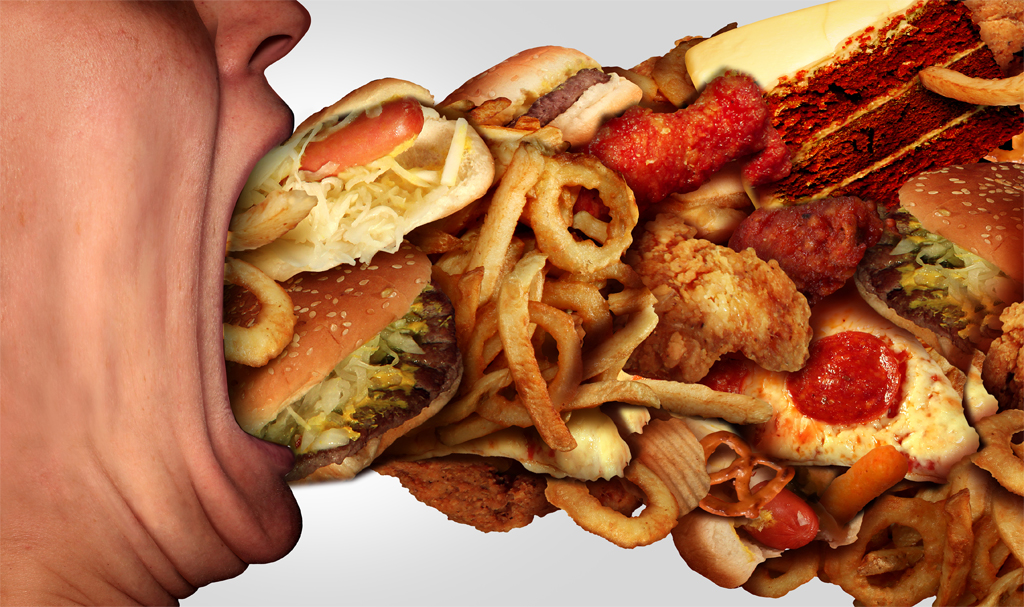 By comparison, the ancient Egyptians rarely experienced caries and gum disease. During the Neolithic period (10,000 – 4,000 BC), Egyptians from this era successfully transitioned from a Palaeolithic diet – rich in protein – to one where carbohydrates played a more prominent role, due to the development of agriculture. At this time, carbohydrates weren’t as easy to chew. They were eaten in the form of coarsely ground and baked whole grains which takes lots of chewing action to break down and swallow. However, one unexpected benefit – for the ancient Egyptians eating these wholegrain food products – was that their dental plaque was automatically removed during the chewing process due to the high abrasive fibre content. Another outcome from eating these carbohydrates was tooth wear. The extended chewing time required to eat them helped to remove any pits and fissures in teeth, and caused flattened tooth contacts – both of which make tooth surfaces unsuitable environments for plaque and caries to form. At around 400 BC, the dental health of Egyptian took a turn for the worse. At this time, the ancient Greeks arrived in their ships bearing food delicacies such as honey, dates and fine white bread. In other words, fermentable and/or refined carbohydrates were introduced to Egyptian society for the first time. As the consumption of these food products grew in popularity, the rate of plaque and caries formation started to increase also. In other ancient civilisations, the oldest populations with high rates of tooth decay ate wheat and barley that were finely milled and ground into light breads and porridges. Over the centuries, refined carbohydrate food products continued to be consumed – but due to the high cost of production only the more privileged classes of society could indulge in these highly processed treats. However, their pursuit of culinary pleasure and enjoyment was often accompanied by serious oral health issues. Tooth decay and caries were usually more prevalent in these groups than in any other. With the coming of the Industrial Age in the 19th century, huge advancements in flour milling techniques, mass food production and distribution made refined carbohydrate food products much more affordable to the masses. By the late 1920s, everybody in society, rich or poor, was eating sliced white bread and numerous other baked delights on a daily basis. Refined sugar, another fermentable carbohydrate, also became readily available to the mass market and is now found in just about every processed food product in the supermarket. So what are the most common whole grains? Here they are: Don’t be fooled by food products that are labelled with terms including multigrain, organic wheat, 100% wheat, stone ground and bran. These products may not actually contain the whole grain – which should contain the bran, germ and endosperm parts of the grain. Always look for the word “whole” preceding the grain specified on the ingredients label. Whole grains are not only good for your oral health; they are packed with nutrients, such as the B vitamins, fibre, anti-oxidants, protein and trace minerals. By including whole grains and fibre into your diet – and avoiding refined carbohydrates – your overall health and well-being can only get better.

Complete Dental Works
Hi new parents, a great way to start caring for your child's smile is to bring them in for their 1st dental visit.

They get to meet and know their dentist - while you get the low down on their dental development plus Oral Health 101 for little kids.

✔ To read more, check out our latest oral health article - taking your child to their first dental visit - on our website: https://completedentalworks.com.au/category/dental-care-dental-education/

Complete Dental Works
Hi everybody, Dental Assoc. has recently highlighted research that shows a clear and concerning link between gum inflammation and heart disease from a young age.

Complete Dental Works
May you enjoy the celebrations of Father’s Day with your children and father!